Information
Around the implementation of the work plan of the municipal Party committee and the municipal government, the city's transportation system adheres to the problem orientation, goal orientation and effect orientation, seizes the "bull nose" of the construction of key transportation projects, and the participating units gather to speed up the construction. At the same time, they plan the next year's projects in advance, promote the relevant early stage, and continuously improve the "heat" and "speed" of the construction of transportation infrastructure.
Transportation infrastructure construction in full bloom throughout the year
From January to October this year, the city's transportation infrastructure construction completed an investment of 11.2 billion yuan, an increase of 43.6%. It is estimated that the investment in transportation construction will be 13.4 billion yuan, an increase of 31.3%.
Engineering progress
Since this year, three major port projects in Guang'ao port area have been completed and put into trial operation, with two 100000 ton container berths and 100000 ton shipping channels added;
The rapid network with railway and expressway as the main framework is accelerated;
A number of major channels, such as su'e channel, Niutianyang express channel and Fengdong road of national highway 228, have been accelerated;
The construction of rural roads has blossomed at many points, boosting the strategic development of Rural Revitalization.
16 bridges, including mianchenghe super major bridge and Beihuan Avenue viaduct in Shantou section of Shantou Zhanjiang expressway, are fully connected.
The construction of Rongjiang super large bridge tower column of Chaoshan ring expressway was accelerated, and the excavation of No.1 and No.2 tunnels of xihuanshan was accelerated.
Nan'ao connecting line Expressway passed the feasibility study.
The construction of Shantou Shantou railway has been carried out smoothly, and the starting work of Shantou Zhangzhou railway has been compiled.
Progress of Guangzhou, Macao, Hong Kong and Shantou stations
Our city has seized the opportunity of Shantou port as a key port for "one belt and one road". It has accelerated the construction of port works, the 2 breakwater and 100 thousand tons container berths and 100 thousand tonnage waterways of Guangzhou port and Hong Kong port have been put into trial operation, and added to 4 container liner routes such as Hongkong and Southeast Asia. The three phase project has completed the adjustment of the planning and construction plan.
The port dredging railway engineering may have reported to the State Railway Group.
Shantou station reconstruction and supporting (elevator) project have been completed, realizing the full coverage of motor cars in major cities in the province, and opening high-speed rail to Hong Kong and Changsha.
The construction of the international container logistics center in Guang'ao will be accelerated. After completion, it will build a comprehensive freight hub of Rail Rail Transit with the freight station in Guang'ao port area.
Speeding up the planning and construction of large channels
The East and West lines of the Bay Tunnel are respectively 2292m and 1792m. The construction of Jinsha Road West extension of Niutianyang express channel is fully spread, the control project Niutianyang super large bridge has entered the substantial construction stage, the main trestle bridge on the South and North banks has been completed, and the first bored pile has been poured.
The new channel across Shantou Bay, Binhai tourist road and West Extension Project of Binhai Road can be completed. The construction of Fengdong road was accelerated at the same time. The pile foundation construction of Dongli River, Lianyang River Super Major Bridge and Jinhong highway overpass bridge was accelerated. The preliminary work of Shannan Avenue was accelerated.
We completed the road surface reconstruction project of the section from Jushi bridge to Hongqiling of National Highway 324 and the section from Chaoyang Guiyu to Heping of provincial highway 237 by the end of the year. 13 projects, including the section from Jinzao to Guanbu of provincial highway 234, are under construction, totaling 146 kilometers.
The construction of rural roads is also accelerated. It is expected to complete 268km of the "four good rural roads" security project, 163km of the "three links project" (capacity improvement, level improvement and depth improvement), 33 dangerous bridges, and further improve the rural road network to benefit the people's livelihood by the end of the year.

Scan the QR code to read on your phone 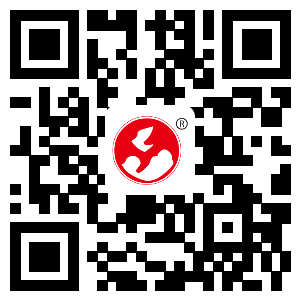